How I prepared my son (and myself) for his transition to high school.

I wasn’t expecting to feel so sad at the thought of my first child starting high school. 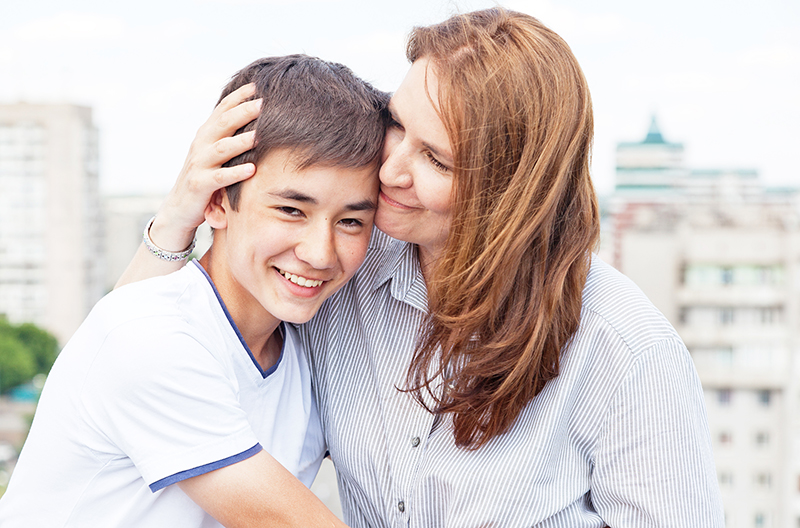 Philip, 12, is counting down the days until his primary school experience is over and he begins high school. Every couple of days we have a meeting or an assembly or some sort of event marking the completion of his primary education and I keep waiting for him to feel sad at the thought of leaving the only school he has ever known.

I feel sad. I still remember the day he began and I’m startled at how quickly it went by. How on earth can I be old enough to have a child in high school? And how weird is it that he’ll be attending the same high school I did?

My first-born child isn’t in the least bit sad. He’s struggled at school for the past couple of years and while I got pretty sick of hearing how school “sucked” I took it as a good sign.

He was definitely ready for high school and it couldn’t come soon enough.

I just didn’t expect to feel so bereft, but not just bereft. There are so many emotions. I’m melancholy, excited for him and fearful of keeping him safe.

He has food allergies, so that’s one concern, but also high school can be pretty tough. As much as I try and forget them, memories of torturous moments keep flashing in my mind. Philip seems to think high school will be amazing, like some sort of oasis of education and comradery.

It will be a bit like that but it’s also a bit hard.

“Most parents will be used to being involved in their child’s education, but high school is a time for letting go,” we were told at our introductory session at the school. That hadn’t yet occurred to me.

While popping into his current school makes me feel connected to him, in high school he’s very much on his own. It’s another phase of me having to let go of him a little, one of many I’ve had to live through as a mum and it’s getting harder.

When the teacher said, "high school is a time for letting go", I actually felt physical pain in my gut. I wanted to reach out and hug him but he doesn't let me kiss or hug him in public anymore. Don't worry, I grabbed him for a hug as soon as we got home and he hugged me back.

My cool little guy. Too cool to be affectionate to his mother in public...

I know he'll be okay. Philip loves to learn. His only problem is he has trouble concentrating when the subject matter doesn't interest him, but we'll work on that. For him high school means learning interesting things, being treated with respect, performing, dating and enjoying some independence.

For me it's about learning to let go a little, then a little more.

My mum friends and I plan to meet up that first day and cry over our coffees. You're more than welcome to join us. 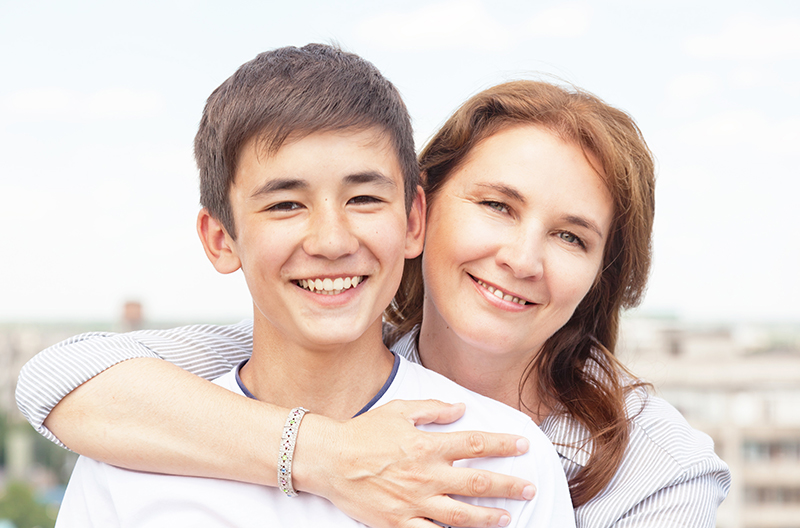 During the information session we were also told about the immunisation program at the school. It was pretty funny to see my son who is trying to be so grown up start stare in disbelief at the thought that he will have to have immunisations during Year 7.

Who's your mummy now? Pretty sure he'd let me hug him like a baby while he's getting those!

It's so great that the Year 7 immunisation program is organised and managed by the school because with three children in three different schools I'm going to be so busy.

All I'll have to do, to ensure he receives them, is to find the consent forms at the bottom of his manky bag and sign and return them. It's important he doesn't miss a dose so his health is fully protected.

Then he can go to school and get them. I assured him that it would be okay. The immunisations he will be receiving are necessary and everyone in his year will be getting them.

I still can't believe it's possible to love someone so much, my Philip. It's not just love that I feel for him. I'm also proud of him. I love the person he is trying to be. He's so emotional, so compassionate, so passionate about learning and so funny.

Enjoy high school, my darling. Make all the memories. The only advice I've given him - aside from "study hard" - is to experience as much as he can. Because it will be over in a flash.